Always love getting those call backs from clients wanting to make their spaces even better.  I helped Dr. Randal Haworth (you know, from the Swan TV make-over show)  with his home (and Beverly Hills office) years ago. It was such a successful result that Western Interiors and Design magazine published it in their premiere issue.  Randal called me recently wanting to update his home. He still loves it, and uses every part of it. 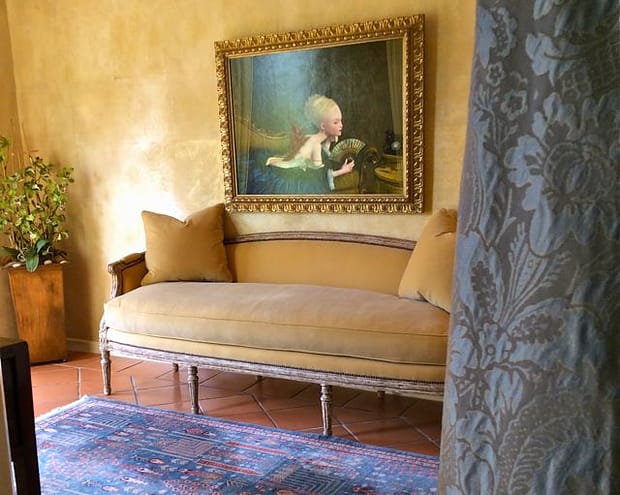 He tells me he would like to get new dining room and living room drapery as the fabrics have faded over time.

He would also like new carpeting and drapery in his bedroom, as eventually he will build a new master wing and use the now bedroom as the TV room. While he wants an update, he really doesn’t want to change the overall feeling of the rooms. Challenging, it is, to bring in something new and to make it appear NOT new. 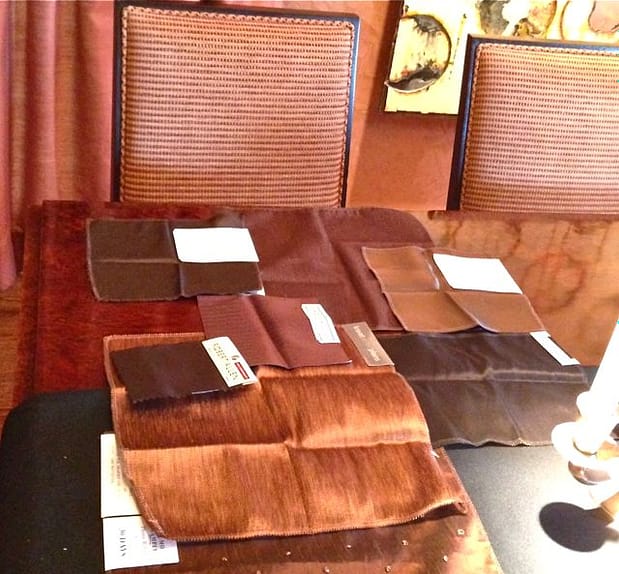 a change is coming for the dusty blue living room silk drapery. Will use a trevira, so we won’t be affected by silk rot from the sun.